Drew came home from school one day last year and called me Guydaho. Huh? I figure he'd been introduced to the state of Idaho in a Social Studies lesson or some such. Whatever or wherever it came from, he decided that was now my name. And it stuck. I've always been called things other than my given name. And yes, Guy is the given one. Dad called me Guyboski or Guybo; Mr. Petty called me Guyburger. I'm sure I've been called worse and this site could've been guyreynoldsphoto.com or some other banality but the domain was available and cost me $5 and I'm keeping it. 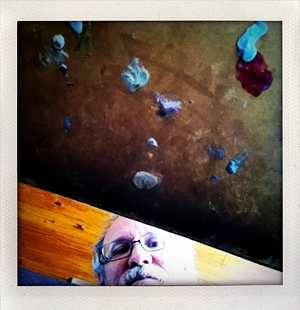 Photography has been my passion for more than 45 years. A camera has been a companion since I was 15, when I took a summer workshop for beginners at Southern Methodist University. Watching an image bloom in a tray of chemicals was an instant and permanent hook. Not long after, I rode my bike to K-Mart and bought a Minolta SRT-101 with proceeds from my paper route. I delivered The Dallas Morning News, by bike in junior high and car in high school and now I work for said paper as a photo editor. Full-circle I suppose.

A camera is my tool for telling stories about people and places, either in narrative form as a journalist or by revealing a theme as an artist through multiple related images.

Having worked as a news photographer for 14 years I became, out of necessity, a Jack-of-all-trades, master-of-none; I can pretty much do anything yet I specialize in nothing.

After becoming a photo editor 22 years ago and giving up everyday shooting, I eventually started again by playing with Holgas and shooting through-the-viewfiner of vintage TLRs. I also used old film cameras, a 4x5 Crown Graphic, a modified digital pinhole and, most recently, an iPhone.

I could cook up some kind of artist's statement about using the delicate interplay between light and shadow as a leitmotiv to investigate the weight of the quotidian... but it pretty much boils down to this: I take pictures of things that interest me to see what they look like as photographs. This is what I saw.